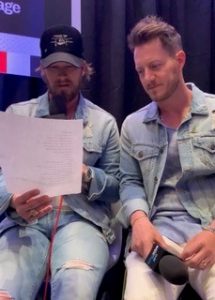 At this year’s 54th Academy of Country Music Awards, CUMULUS Media and Westwood One Network recorded a dozen public service announcements voiced by country artists to help the National Homeless Veterans Housing Program, through VeteransMatter.org, house 1,000 more veterans currently living on the streets of America. The PSAs will air on CUMULUS Media and Westwood One Network radio and streaming properties through Labor Day. “It is our privilege to support veterans and raise awareness for this essential organization,” shares Brian Philips — Executive Vice President, Content and Audience, CUMULUS Media.

“It is inspiring for us, the nation, and especially the veterans on those streets, that this many country artists care about them enough to join this campaign,” says program Founder, Ken Leslie. “It is one of those once in a lifetime, lightning in a bottle type opportunities that can result in thousands more veterans being housed.”

To date, the National Homeless Veterans Housing Program has helped house nearly 3,000 veterans and their families nationwide. “Our mission is simple, to house as many homeless veterans as we can, as fast as we can,” Leslie says. “Veterans living on the streets are being beaten, robbed- even killed. Yet if this happened behind enemy lines we would be outraged.” 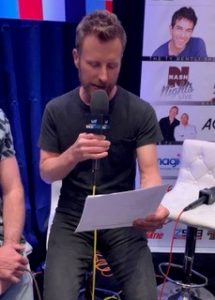 Partnered with the US Veterans Affairs (VA) and Housing and Urban Development (HUD) departments, this is a fast and efficient program that helps house homeless veterans in permanent, self-sustaining housing that has a 91% success rate of keeping them housed.

CUMULUS Media and Westwood One Network country music listeners will be encouraged to support this cause by texting VETS to 41444 and donating any amount. Donations are immediately routed to help veterans get into safe, permanent housing. 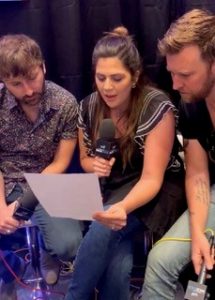 The Veterans Matter Housing Program was created to house 35 local veterans by Ken Leslie, a former comedian turned corporate CEO, and himself formerly homeless. At the urging of Dusty Hill of ZZ Top, Ken created an online system to allow the VA to house the veterans in Hill’s home state of Texas. When John

Mellencamp signed on for his home state, the program grew, and more celebrities stepped forward to support including Katy Perry, Kid Rock, Willie Nelson, Big & Rich, Kix Brooks, Ice-T, Stevie Nicks, George Thorogood, John Fogerty, Mitch Albom and several more. Along the way, CUMULUS Media and Westwood One Network have supported VeteransMatter.org with PSA campaigns which have resulted in hundreds of veterans housed with every campaign.

Learn more about The National Homeless Veterans Housing Program through VeteransMatter.org and learn where CUMULUS Media and Westwood One Network are helping to make every voice matter through programming reaching over 250 million at www.CumulusMedia.com.

About the Author: Ken Leslie