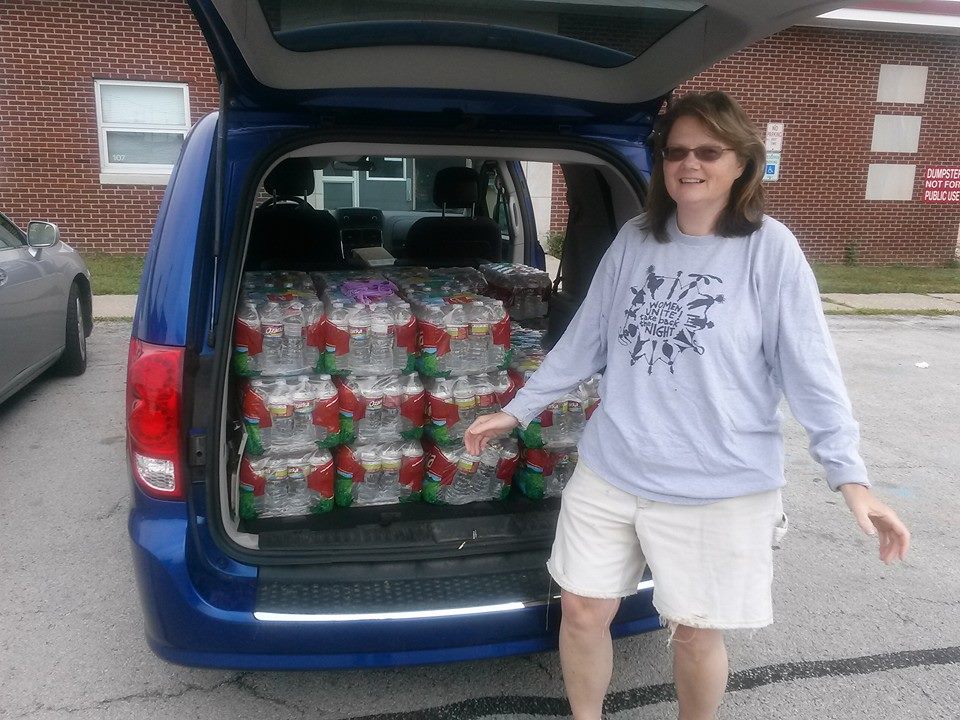 Shawn Dowling getting 42 cases of water from Enpuzzlement to give to our invalid and shut in veterans. All who now have homes because you supported Veterans Matter. Thank you Michelle Smith Marks and Roy Badenhop for making this possible.

Toledo (what we call Operation Hometown, where we initially launched) was been under a water usage ban from 2 a.m. on Saturday, August 2nd through 9 a.m. Monday, August 4th. The ban meant no drinking water, due to algae blooms in Lake Erie letting off a toxin with severe consequences up to liver damage if consumed (and boiling is not an option) left over 400,000 residents in Northwest Ohio and Southeast Michigan without safe water to drink or wash or cook with, and also with no idea on when the ban would be lifted. As you can imagine, that’s an emergency in 80+ degrees, and locations throughout the city ran out of bottled water very quickly, leaving those with limited means without consumable water.

Veterans Matter parent nonprofit, 1Matters, immediately leveraged their community network to arrange for emergency shipments and deployments of bottled water. Our friends made sure invalid and shut-in veterans received the hydration they need. We want to thank Enpuzzlement and Hope & Encouragement for Humanity (HEH) for their rapid response and generosity in aiding during the Toledo water crisis (or Aquapocalypse, if you’re given to melodrama). We also want to thank the many volunteers who helped load/unload semis and pallets of water at various shelters around the community, and in particular to Cherry Street Mission Ministries for stepping up to become a hub of distribution for the community.

We love you, Toledo. Your water may be green, but the hearts of so many of your citizens are pure gold.