Harry Sandler: A Hero to Heroes

The 1Matters/Veterans Matter family lost a brother-in-arms this month. Harry Sandler, long-time 1Matters Board Member moved on to the next tour stop on Saturday, September 2nd, 2017.

As our Board Member and friend he helped us house over 1,700 homeless veterans nationwide.

This is his story, and he is sticking to it.

Harry Sandler: A Hero to Heroes

“Everybody has their own coefficient of wanting to matter. I tend, as I get older, to want to matter a lot. I want that fact that I existed to matter.” — Harry Chapin

Harry Sandler mattered. Harry Sandler was a true example of the Power of 1. In addition to his family, his career, and his passionate hobby, he mattered to the over 1,700 homeless veterans who now have a home because he cared.

Harry Sandler, who was a great friend, and even hero to so many, passed away Saturday September 2nd after a short battle with pancreatic cancer.

Webster defines a hero as “a person who is admired or idealized for courage, outstanding achievements, or noble qualities.”

Harry had done so much for so many in the four worlds he lived: family, music, photography, and philanthropy. He had made hundreds of friends in each of those worlds.

I now view Harry as a diamond with those four sides: family, music, photography, and philanthropy. And as a diamond has unique facets which reflect light differently, each one of us who knew him are the facets that uniquely reflect the light in which we saw him, on our side of his diamond. Some of us did not know the facets or his impact on the other sides of the diamond. But all of these facets together reveal the beautiful diamond that was Harry Sandler.

Turns out the best source for all of us to see the many facets of his diamond was the love shared on his Facebook page.

He was a friend and hero to many in his four worlds, but most important to him were his partner Debra, his children, and his latest joys, his grandchildren. My heart cries for them. As friends we feel a loss, but for family, this loss is magnified a thousand-fold. For Debra, Jesse, Emilie, and Marcella, we pray for their peace. 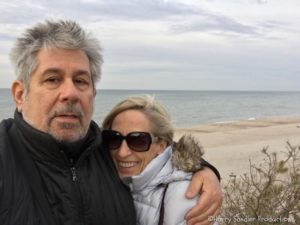 He was so proud of what each of the children had become. And Debra, she was the rock in Harry’s roll. Always there, his “partner in crime.”

For Harry’s gallery show last year, Debra was able to make it to Toledo to see it. Harry also gave a private showing to John Mellencamp who was in town for a show that night. Though he was proud to be peer-to-peer at the artist level with John, he was even more proud that Debra got to see his show.

Harry was on the road, a lot, but he always went home. Home was where his heart truly was.

Through the heart-warming reflections on his Facebook page there seemed to be three prevailing themes on the music side of his diamond. He was a giant in the music industry. He loved giving people their first break and help them grow in the business and as individuals. And others shared he was one of the first to help break the glass ceiling for women on the touring side of the business.

Tim Conner wrote on Harry’s page, “This industry is filled with rock stars and legends…except Harry Sandler was royalty.” In this piece by Dave Brooks in Billboard, Debra helps us to see why. 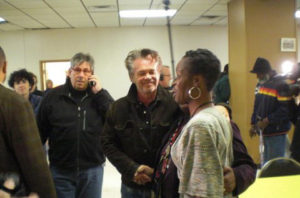 Harry & John during a stop at a homeless shelter in Detroit.

John Mellencamp, who Harry worked for over three decades, and through whom I met Harry in the first place, called him part of the family, but said “mostly I remember just laughing with him.” Same here, and probably the same for most of us, we remember the laughter, out loud.

Harry’s good friend Steve Jensen called him “one of a kind.” Steve talked him out of his maybe, what, fifth retirement to do Katy’s tour. When it finished he was tired, but said he was so very grateful because not only did he get to “work with a woman who is one of the nicest people in the world, I was able to see and shoot things I had never seen before.”

There was also this story by Jim Bessman for Centerline, who worked with Harry in the old days with John, and this one by Paul Cashmere for Noise11 which also share his music side.

And apparently the diamond, which is the hardest – and arguably the most beautiful of all metals, is an appropriate metaphor for Harry in the music business. In a memoriam piece in PLSN by Frank Hammel, Frank summarized it through a quote by Steve Gudis, “The good promoters loved him and the bad ones hated him.” 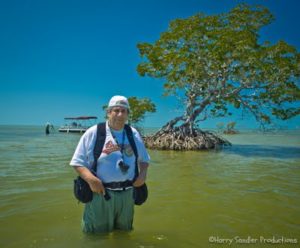 On the third side of his diamond are the many facets of his photography. On this side we are, and will always be blessed with the images that testify to his talent, the places he traveled and the many friends he made in the photo world.

There were many artists whose work he admired, many of whom he recently traveled with and looked forward to traveling with them again. I will defer to them to share his immersion in that side of his diamond. I just bet the trips HAD to be fun, eh? 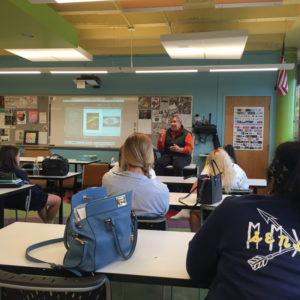 This link gives you a view of the photos of his Toledo show from last year. For his photo pals, these include some of his photos from Iceland, Peru, Africa, Katy’s tour and others.

And of course the biggest image store, the photos he posted on his Facebook page and those photos others have posted of him.  Stunning.

The Hero to Heroes

This fourth side of Harry, the philanthropist, is a side of his diamond that some, particularly those from his past were not aware of. This is the side I lived with him on. He had this huge heart and compassion for the homeless, especially the over 1,700 homeless veterans that he worked so hard to help us house. 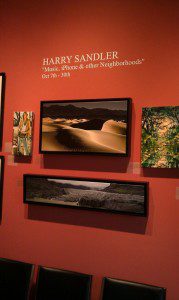 One of our team members, Phil Runyan, who worked with Harry and Maria Brunner on last year’s Toledo show said it best for us: “Harry was someone who really fucking cared. If we all had a fraction of a fraction of what Harry had, what a place we’d live in.”

As noted, I met Harry in 2010 through John Mellencamp when we went up to the Windsor stop to film some videos with John. Family was obvious even then. Harry, fresh out of his 3rd or 4th retirement to do that leg of John’s tour, was taken with the work we do with the homeless just as I was taken by his incredible photography.

Our backgrounds and sarcastic humor somehow clicked us together in lock-step. Maybe because we had similar upbringings, maybe it was our affinity for Harry Chapin, maybe it was because we both did acid way back when, or maybe it was just the simple fact that we both believed that there were people in pain in this nation that we could help, so we will help them.

We just needed to figure out how.

Utilizing the power of his beautiful eye, by the following year Harry had put together a beautiful gallery show, “Harry Sandler: Music, iPhone and Other Neighborhoods” which he presented for month long runs in Carmel, IN and Toledo. He refused to allow us to even cover his travel or framing costs. This simple soft promo video will give you an idea of the beauty of his work for that show. The song, “Brave Enough,” is by Kaiser Cartel, featuring Courtney Kaiser-Sandler, Harry’s daughter-in-law.

For the Carmel show, held at his good friend Kathleen Stevens’ Renaissance Gallery, Harry put together an artist statement. He had worked really hard on that statement so I took a video camera down to capture it and gave the result to him as a gift. Little did I know then, that it actually was going to be a gift Harry gave to US, to all of his friends and family, in which he allowed us to see and remember all of Harry Sandler. Watching it again this morning makes me fall in love with him all over again. And it makes me smile, of course.

At the end of the artist statement is some raw tape I shot at the show that evening. As you can see, the man who spent his career pushing others on stages and in front of cameras, who spent his career supporting artists, now found himself as an artist in front of the camera. His discomfort was fun to see as expressed by his frequent middle finger.

The following month we did the Toledo gallery show and he had gotten to be a pro with the media and in front of the camera by then, mostly. Tom Henry, a reporter with The Toledo Blade who also became a friend of Harry’s (of course) did a few stories on his shows over the years. One here, and the other right here were about his first shows. And this one here is for his most recent show last year.

Somehow we came up with the idea that it might be good to have a professional film crew capture his artist’s viewpoint for marketing purposes when we replicated his shows nationally. This resulting video allows all of us deeper glances into the diamond that was Harry. That’s his story, and he is sticking to it. 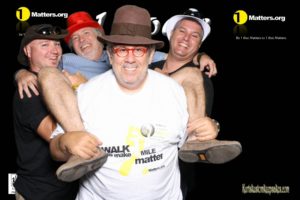 Sometimes I found Harry to be uplifting.

In 2012, he joined the 1Matters.org Board of Directors. Because we are urgently housing veterans twice as fast this year as last, we have to urgently raise twice as much. His most recent tasks were working with Maria Brunner, also on our Board, on ideas to try to further rally the music industry to join us in helping us house more homeless veterans through concerts, auctions, etc., as well as preparing for this year’s Toledo show in October.

Get this, pure Harry, to Irving Azoff’s point in the Billboard piece about his being so positive, even after the diagnosis Harry forcefully insisted he was still going to do a show this year in Toledo.

In all he put on 4 shows for us, and each took a lot of hard work. Harry’s efforts, along with that of John and Bob Merlis are the reason the music industry embraces Veterans Matter. This piece right here shows how the impact of just one Harry Sandler, produced a chain reaction of compassion that changed the lives of veterans’ urgently needing help. 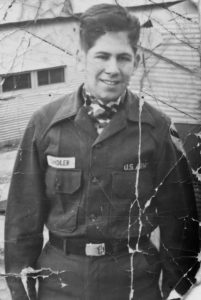 A veteran himself, he used his God given gifts of an eye, and a heart, and stood up to help the veterans living on the streets of this nation. Last October 2nd he posted this on his Facebook page along with a photo of him in uniform:

“A good friend asked today why I spend so much time to support Veteran’s. I served in the military from 1962 – 1964 – was in the First Cavalry Division which I believe was the first large division that went into Vietnam, in June of 1965. While I was never called back I did lose some friends to the war. I have friends who did not make it back and some who made it back only to suffer various degrees of pain and anxiety to this day /…/ All but for the grace of God it could have been me.”

He now is immortalized as a hero in the music industry, in photography, and to his fellow veterans he has helped house. And to his family, he will always be a super-hero.

Harry Sandler IS the power of 1.

We all miss you my friend.

Shine on, you crazy diamond.

“Sometimes I dream of at last becoming a child.” – Harry Sandler. Onward – Homeward. 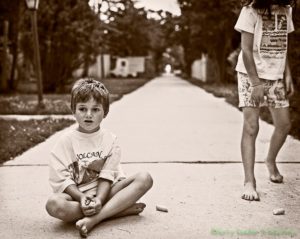