Joseph Lambright was a veteran. Tragically, after suffering a massive heart attack on November 6, 2019, Joe was suddenly taken away from the ones he loved. One loved one was Cheryl, his soulmate, with whom he had many so many plans.

Joe and Cheryl met while in the Army in 1992 while at Fort Gordon, Georgia. Joe, a generous gentlemen, noticed Cheryl was having trouble with her running endurance. Cheryl was a quick study and overcame her difficulties. As swiftly as she could run, Joe and Cheryl became best friends.

Cheryl and Joe were the life of the party. They spread smiles and laughter wherever they went. Cheryl said, “Everyone wanted to hangout with us because we made things fun.”

Life moved forward, though. Joe was getting married at the time. Cheryl had just married. Sadly, Joe and Cheryl lost touch for 19 years – but neither forgot each other. Their love continued at a distance.

Cheryl learned that over those 19 years, life had taken it’s toll on Joe. He had gotten a divorce in 1993 and started drinking heavily. “After his divorce, everything started to go wrong,” Cheryl said.

Just before Joe lost everything, one night in particular was impactful for Joe. He was at bar, drinking excessively, and was prepared to hop on his motorcycle. A homeless veteran noticed Joe’s state — a matter of life and death for Joe and other’s on the road. The veteran took Joe’s keys took and him home. Cherly said, “Joe thought he must have been an angel; he was heaven sent. He said the veteran told him when the time comes and that someone needs help…to help.”

Joe eventually lost everything except his car which became his home.

Cheryl and Joe caught a 20lb catfish. Cheryl was deathly afraid of the fish, but had fun nonetheless.

Meanwhile, Cheryl had gotten a divorce in 2003. Her husband had been cheating on her for years. She was done. She needed to move on and from time to time, Joe and his bright and handsome smile would come to mind. In July of 2011, Cheryl found Joe on Facebook. Her daughter persistently encouraged her to contact him. “I was nervous,” she said, “What if he’s still married? I don’t want to cause conflict.”

Cheryl wrote the message to Joe and asked her daughter to look it over — instead of looking for typos or rewriting some parts, Cheryl’s daughter hit the send button. After 19 years, this was the first time she was able to say something to Joe.

To Cheryl’s surprise, he responded immediately. “It was like no time had passed,” she said, “It was as if we had never lost contact.”

On December 23, 2011, Cheryl drove down to the train station in her big rig truck to pick up Joe from the train station. Joe was coming to Michigan to get back on his feet. He had stopped drinking and Cheryl was going to help him get his CDL license. As Joe got off the train, he ran over to Cheryl’s big rig, hopped in, and gave her a “big fat kiss.” Apparently Joe had always had feelings for Cheryl beyond friends but hadn’t the courage to express it. 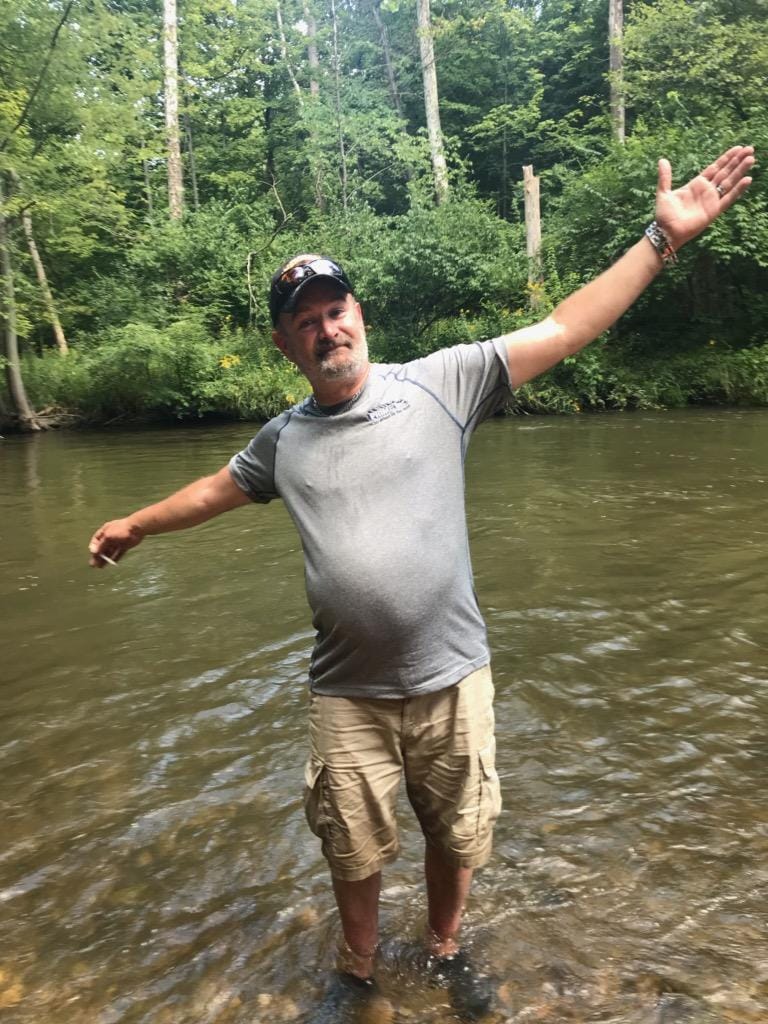 First time Joe ever went Kayaking. He flipped his kayak. His words,”I didn’t see the log under the water!”

Over the next eight years, Joe and Cheryl discovered that they were more than best friends, they were soulmates. While trucking, Joe and Cheryl did everything they could to help those in need. “We would give anything from blankets, clothing, food to try and help. He loved helping when he could,” Cheryl said.

During those eight years that Cheryl and Joe had to rekindle and explore their love, the two made a bucket list. They were going to buy a house, go sky diving, swim with dolphins, fly-in lake fishing in Canada, and help our homeless veterans. When Joe had his heart attack this past November, all of that seemed lost.

Cheryl was determined to complete the bucket list to honor his spirit and life. The first item on the bucket list was to help our homeless veterans. “And that’s why I’m doing this fundraiser,” Cheryl said, “He didn’t get a chance to get it started himself, so I’m doing it for him — in his memory.”

Today, Cheryl is determined to slowly but surely cross off every item on their bucket list. Her love for Joe will never end and we are so appreciative she had the courage to share Joe’s memory and story of giving  with us.

On behalf of the all the veterans you and Joe helped, we say thank you. Thank you Joe and Cheryl for being heroes to the heroes.