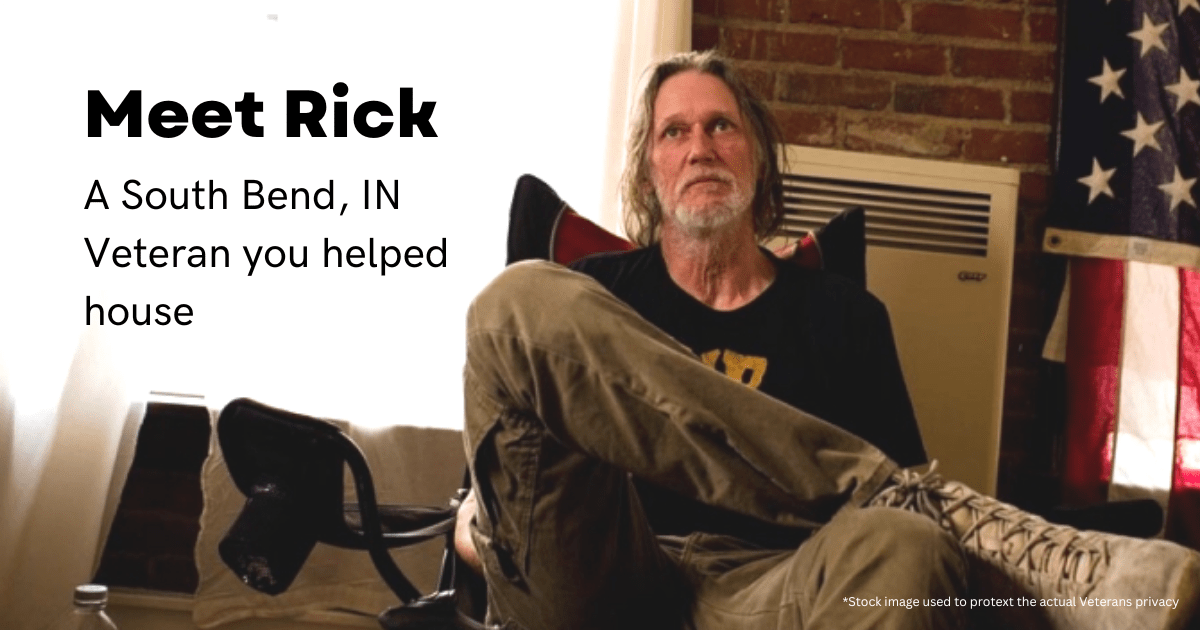 “Rick” was living in a home with his mother for 16 years and had assistance from the South Bend Housing Authority.  He came to work with the JW CBOC/Mishawaka after his mom passed away and was cut from the program at the SBHA due to incomplete recertification paperwork.  He didn’t turn in this paperwork because he was in and out of the hospital at the time due to a medication allergy. This allergy caused memory issues and other complications. Rick was really not doing well.

Upon connecting with the VA, we learned he was residing in a home that was covered in mold.  It was the worst case Ms. Six had ever seen in her life. The mold resulted from a burst water heater in the basement and was never properly cleaned up. The previous landlord was awful, to say the least.

This Veteran also suffers from a severe heart condition and is at risk of a heart attack at any moment (Ms. Six heard this directly from the cardiologist). Rick was unable to follow through with past medical appointments due to barriers such as no transportation, etc.  He was really not doing well when coming to the VA Program. Over the last 3 months working with the VA, Rick is now moving into a safe and clean apartment.  He is in the process of being scheduled for heart surgery and will get to recover in a clean home of his own!